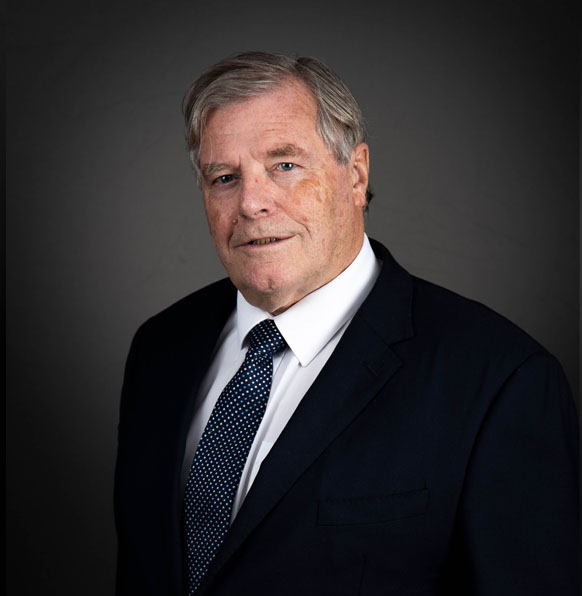 Barry St J. Galvin was called to the Irish Bar in 1966 and was admitted to the Roll of Solicitors in 1969 having practised as a barrister in the interim.  He was partner in the Firm for in excess of 50 years.

On joining the firm, Barry engaged in general practice but specialising in Banking, and Commercial Law. Additionally, he was appointed to many criminal defence cases, having joined the free legal aid panel.

In 1983 Barry was appointed State Solicitor for Cork City, a position he held until 2013 when he retired on statutory age grounds.

Between 1996 and 2003 he held the statutory position of Bureau Legal Officer of the Criminal Assets Bureau He was significantly involved in the preparation of the legislation and in establishing the operational procedures on the foundation of that agency. As part of that role, he was appointed an Inspector of Taxes. During his time at the Criminal Assets Bureau, he was appointed Receiver by the High Court in a number of prominent cases.

Barry has advised various international governments in the areas of confiscation/forfeiture/tax laws/money laundering to include Bulgaria and Bosnia and Herzegovina together with the Seychelles Financial Intelligence Unit.

Barry is one of the Country’s leading experts on the law and practice of banking, criminal law and asset forfeiture and continues to practise in these areas.

Galvin Donegan LLP delivers trusted advice, through a team of grounded and practical solicitors with unrivalled levels of heritage, experience and expertise behind them. This practice always puts its client first.

We use cookies on our website to give you the most relevant experience by remembering your preferences and repeat visits. By clicking “Accept All”, you consent to the use of ALL the cookies. However, you may visit "Cookie Settings" to provide a controlled consent.
Cookie SettingsAccept All
Manage consent

This website uses cookies to improve your experience while you navigate through the website. Out of these, the cookies that are categorized as necessary are stored on your browser as they are essential for the working of basic functionalities of the website. We also use third-party cookies that help us analyze and understand how you use this website. These cookies will be stored in your browser only with your consent. You also have the option to opt-out of these cookies. But opting out of some of these cookies may affect your browsing experience.
Necessary Always Enabled
Necessary cookies are absolutely essential for the website to function properly. These cookies ensure basic functionalities and security features of the website, anonymously.
Functional
Functional cookies help to perform certain functionalities like sharing the content of the website on social media platforms, collect feedbacks, and other third-party features.
Performance
Performance cookies are used to understand and analyze the key performance indexes of the website which helps in delivering a better user experience for the visitors.
Analytics
Analytical cookies are used to understand how visitors interact with the website. These cookies help provide information on metrics the number of visitors, bounce rate, traffic source, etc.
Advertisement
Advertisement cookies are used to provide visitors with relevant ads and marketing campaigns. These cookies track visitors across websites and collect information to provide customized ads.
Others
Other uncategorized cookies are those that are being analyzed and have not been classified into a category as yet.
SAVE & ACCEPT